Everyone who’s affected by a decision should be directly or indirectly involved in the decision making. This could mean all members of a Team, a Delegate Circle, everyone holding the same role, a list of affected people or all amazee.io employees.

As Consent Decision Making is about making good enough for now, safe enough to try decisions, we live a culture where people feel comfortable to raise potential objections at any time. Everyone has the possibility to voice Objections against proposals, decisions, existing agreements, processes or activities.

A longer explanation about Consent Decision Making can be found here. We suggest everybody to familiarize with this content before continuing here.

Giving Consent to something or consenting means the absence of Objections. it’s not to be confused with Consensus, which would mean that everyone has to agree.

In the absence of objections to an agreement, I intend to follow through on the agreement to the best of my ability. I agree to share objections as I become aware of them.

An Objection is an argument relating to a (proposed) agreement or activity that reveals unintended consequences we’d rather avoid, or that demonstrates worthwhile ways to improve right now.

In turn having no Objection means:

Present the created Proposal to the group. In meetings this can be the Facilitator or someone who was involved in writing the Proposal. In our asynchronous, written world, active presentation is a good thing nevertheless it usually makes sense that you send a ready Proposal before meetings so that they can study it and prepare questions.

Normally the Proposal writers can answer such questions, but in principle anyone may. The goal is to have a common understanding of what the proposal means.

This gives people an outlet to vent their feelings. Before we go into the actual decision making.

Invite the group to raise their potential Objections.

In a meeting, you can use hand signs for this. In a written or spoken way people can use one of I have a concern…​, No objection or I think I have an objection…​.

Resolve all Objections, one at a time, usually by talking with each other and amending the proposal until we can consent to the whole proposal.

Make sure that the decision is documented and define how it will be communicated to the whole amazee.io team.

Yes, we mean this. It’s important that we celebrate that we made a decision, have an agreement and can proceed with living it.

Addressing objections usually reveals concerns. it’s useful to document such concerns in written form so that we can use them in subsequent reviews of the agreement or in implementing the agreement. In meetings, we should listen to concerns, when there is time. 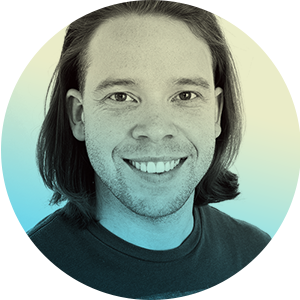